I made good progress in the month of April in terms of character sprites, animations, and battlers. I would like to show you some of the highlights. 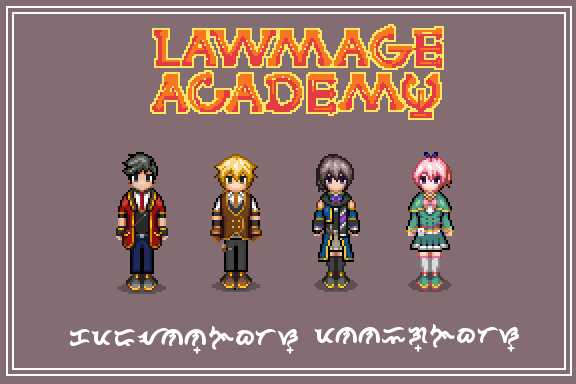 As you can see, I revised the designs of the sprites to match the illustrations made by Puzxle. I am completely satisfied with how they look so it was time to move on to the other art assets.

Here we have a couple of videos testing the Japanese voice acting pack from the RPG Maker asset store. I think it fits perfectly with their personality!

Lastly, I improved the character battlers and menus, as well as using Yanfly's action sequence plugin to move the camera around while casting spells.

I hope you enjoyed this month's devlog! See you in v0.6!

I think the voices are a welcome edition to the game. A large portion of the game, at least for me anyway, is the music ans souds.

As for the combat, it seems a lot better, except I would point out that... is that how you usually fight? I know it's a test but the less enemies on the field, the fewer enemies you take damage from. You could have easily taken out plant B with it's current health, yet you didn't take it out until later. When you did, you used a spell, which wastes MP when you could have just used a basic attack. Okay, I know you were just testing things out, but it's just so impractical.

If you take to long on v6, I will start speedrunning v5 lol.

I fought that way to show the new skills and animations without ending the battle too soon. Haha