After taking some time to rest and easing back into the workflow, I am pleased to show you some exciting things we’re working on. For the past few months we have been making these new custom battle backgrounds. Puzxle did a great job to capture the art style I wanted to work with the pixel art. 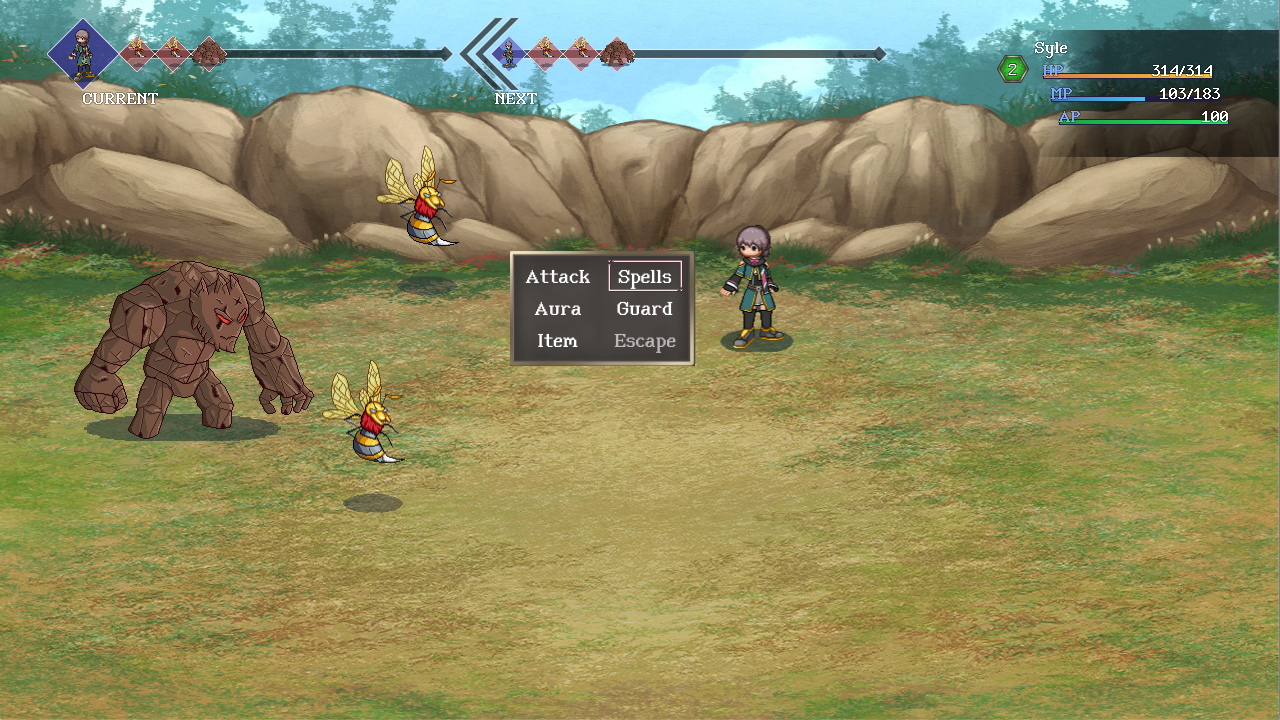 Hmm, did you notice something? Ah, yes! Two new recruitable candidates are ready to fight! Meet Nephele and Ponelius. They’re quite excited to work with you in the future. 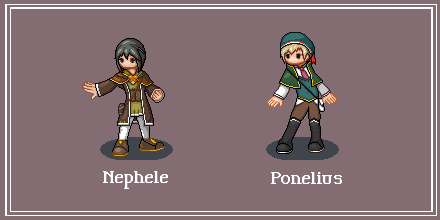 Best of luck with your studies, candidates!

I suppose there's an advantage of adding new battlebacks since Lawmage Academy runs at 1280x720 whereas the battlebacks are 1000x740 resulting in them being slightly stretched. I do notice this with my game (mostly the title and game over) since it runs at 1280x720 and the default graphics are 816x624 resulting in them being stretched. It seems interesting that the FSM tilesets didn't come with matching battlebacks like a dark forest, water cave, or even the dungeon/prison.

Since you would have more than 4 characters (Syle + 3 friends), I wonder if training the party would be an issue where only the active party gains EXP while the reserve members do not resulting in characters (for example, Ein or Alyssa) being weaker than the other characters. I know some games compensate by scaling the party's level or allowing all characters earn EXP which RPG Maker MV has as an option so the unused characters wouldn't be weaker compared to the rest of the party.

True, it would have been nice if FSM came with battlebacks.

I plan to solve this problem by supplying players with Grade Stamps. The exp curve scales quite nicely with the monsters too. There's a significant change in the required exp from level to level.  There will also be quests where you go with specific characters only so that will hopefully give them added exp.

Lastly, leveling up doesn't really give that much stats. Most of the stats comes from equipment. Hopefully that solves it. ^-^